Who is Dr. McNerney? 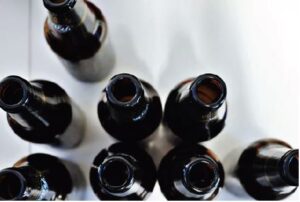 Dr. McNerney, DO is an experienced board-certified osteopathic physician and medical educator. He has held a presidential position for the American College of Osteopathic Family Physicians, Distinguished Fellow of the college, and Emeritus Chairman of the American Board of Osteopathic Family Physicians. Dr. McNerney practiced Family Medicine for 20 years in Iowa before becoming the Clinical Dean of The Touro University College Of Osteopathic Medicine in California. He later assumed the role of Director of Medical Education of the Osteopathic Division of St. John Providence Health System. In both these roles He established multiple new residency training programs and new clinical rotations for medical students. Dr. McNerney moved to Florida in 2014 to continue his practice.

Alcohol Use Disorder (AUD) can often be linked to genetics giving it the name, “alcoholism gene.” NIH-supported researchers have identified genes that increase an individual’s risk for becoming alcohol dependent, as well as ones that protect against alcohol problems. For instance, some people of Asian descent tend to carry a gene variant that alters their rate of alcohol metabolism, causing them to have symptoms of flushing, nausea, and rapid heartbeat when they partake in drinking activities. Many people who experience these effects avoid alcohol, which helps protect them from developing AUD. As genetics can certainly influence our likelihood of developing AUD, the story is not as simple. Research has shown that genetics are responsible for about half of the risk for AUD. Therefore, they alone do not determine whether someone will develop AUD. Environmental factors and gene & environmental interactions account for the remainder of the risk.

As doctors and scientists have learned more about the role genes play in our health, researchers have discovered that different factors can alter the expression of our genes. This field is known as epigenetics. Scientists are constantly learning more about how epigenetics can affect our risk for developing AUD.

Drinking too much – on a single occasion or over time – can take a serious toll on your health. How can alcohol negatively affect your body?

Alcohol interferes with the brain’s communication pathways, affecting the way the brain looks and works. These disruptions can change mood and behavior, and can make it harder to think clearly and move with coordination.

Recent studies have shown that alcohol-dependent individuals have exceptionally high rates of co-occurring psychiatric disorders and poorer prognosis in treatment. Researchers are evaluating the efficacy of various pharmacotherapies and behavioral treatments for these populations.

Drinking a lot over an extended period of time or too much on a single occasion can damage the heart, causing problems including:

Heavy drinking takes a toll on the liver, which can lead to a variety of problems and liver inflammations including:

Alcohol causes the pancreas to produce toxic substances that can eventually lead to pancreatitis, a dangerous inflammation and swelling of the blood vessels in the pancreas that prevents proper digestion.

Drinking too much can weaken your immune system, making your body a much easier target for disease. Chronic drinkers are more liable to contract diseases like pneumonia and tuberculosis than people who do not drink too much. Drinking a lot on a single occasion slows your body’s ability to ward off infections – even up to 24 hours after getting drunk.

Based on extensive reviews of research studies, there is a strong scientific consensus of an association between alcohol consumption and several types of cancer. In its report on Carcinogens, the National Toxicology Program of the US Department of Health and Human Services, lists “consumption of alcoholic beverages” as a known human carcinogen. The research evidence indicates that the more alcohol a person drinks—particularly the more alcohol a person drinks regularly over time—the higher his or her risk of developing an alcoholassociated cancer. Based on data from 2009, an estimated 3.5 percent of all cancer deaths in the United States (about 19,500 deaths) were alcohol related.

Clear patterns have emerged between alcohol consumption and the development of the following types of cancer:

How Can One Receive Help?

The neural basis of alcohol dependence has been clarified through research. Research showing that drinking is influenced by multiple neurotransmitter systems, neuromodulators, hormones, and intracellular networks provides evidence of a number of potential target sites for which new medications may be developed. Clinicians have access to a wide range of treatment options that can be tailored to patients’ specific needs, and a broad array of drinking problems can be effectively treated by non-specialists.

Screening and Brief Intervention – one to four repeated short counseling sessions, which are focused on increasing motivation to reduce drinking – has recently emerged as an effective strategy for addressing high-risk drinking. Investigators developed screening tools that allow clinicians to quickly and reliably determine if their patients’ alcohol consumption patterns place them at risk for future adverse consequences. Studies show that brief interventions delivered in trauma units can reduce subsequent drinking and injuries. Brief interventions with high-risk college students successfully reduce alcohol consumption and/or the related consequences.

Several behavioral approaches, such as motivational enhancement therapy, cognitive behavioral therapy, and Twelve-Step facilitation, are effective in treating alcohol dependence, offering the patient and therapist a choice of approach. Brief counseling by a health professional combined with medication recently was found to be as effective as specialized counseling.

Thus, it may be possible to provide access to effective treatment to many more people in primary care and mental health clinics.